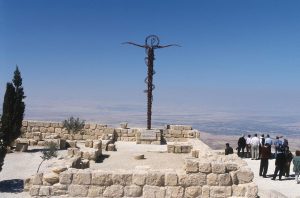 Arriving To Amman Airport, Meet & Assist By Highlands Representative,  Start our Day to Visit The town of Madaba was once a Moabite border city, mentioned in the Bible in Numbers 21:30 and Joshua 13:9 , During its rule by the Roman and Byzantine empires from the 2nd to the 7th centuries, the city formed part of the Provincia Arabia set up by the Roman Emperor Trajan to replace the Nabataean kingdom of Petra , we Continue our journey to Visit  Mount Nebo  is an elevated ridge in Jordan, approximately 817 metres (2,680 ft)above sea level, mentioned in the Hebrew Bible as the place where Moses was granted a view of the Promised Land. The view from the summit provides a panorama of the Holy Land and, to the north, a more limited one of the valley of the River Jordan. The West Bank city of Jericho is usually visible from the summit, as is Jerusalem on a very clear day ,  Drive to Petra Hotel for Dinner & Overnight .

Breakfast, Full Day Visits To Petra Undoubtedly the most famous attraction in Jordan is the Na 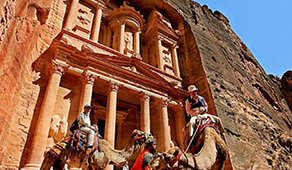 batean city of Petra, nestled away in the mountains south of the Dead Sea. Petra, which means “stone” in Greek, is perhaps the most spectacular ancient city remaining in the modern world, and certainly a must-see for visitors to Jordan and the Middle East. The city was the capital of the Nabateans -Arabs who dominated the lands of Jordan during pre-Roman times- and they carved this wonderland of temples, tombs and elaborate buildings out of s old rock. The Victorian traveler and poet Dean Burgon gave Petra a description which holds to this day -“Match me such a marvel save in Eastern clime, a rose-red city half as old as time.” Yet words can hardly do justice to the magnificence that is Petra. In order to best savor the atmosphere of this ancient wonder, visit in the quiet of the early morning or late afternoon when the sandstone rock glows red with quiet grandeur , Drive to The Dead Sea  , also called the Salt Sea, is a salt lake bordered by Jordan to the east and Israel and the West Bank to the west. Its surface and shores are 429 metres (1,407 ft) below sea level, Earth’s lowest elevation on land. The Dead Sea is 304 m (997 ft) deep, the deepest hypersaline lake in the world. With 34.2% salinity (in 2011), it is 9.6 times as salty as the ocean, and one of the world’s saltiest bodies of water ,Drive Back to Amman Hotel for Dinner & Overnight .

Breakfast , Start our Day to Visit Jerash , The Gerasa of Antiquity, is the capital and largest city of 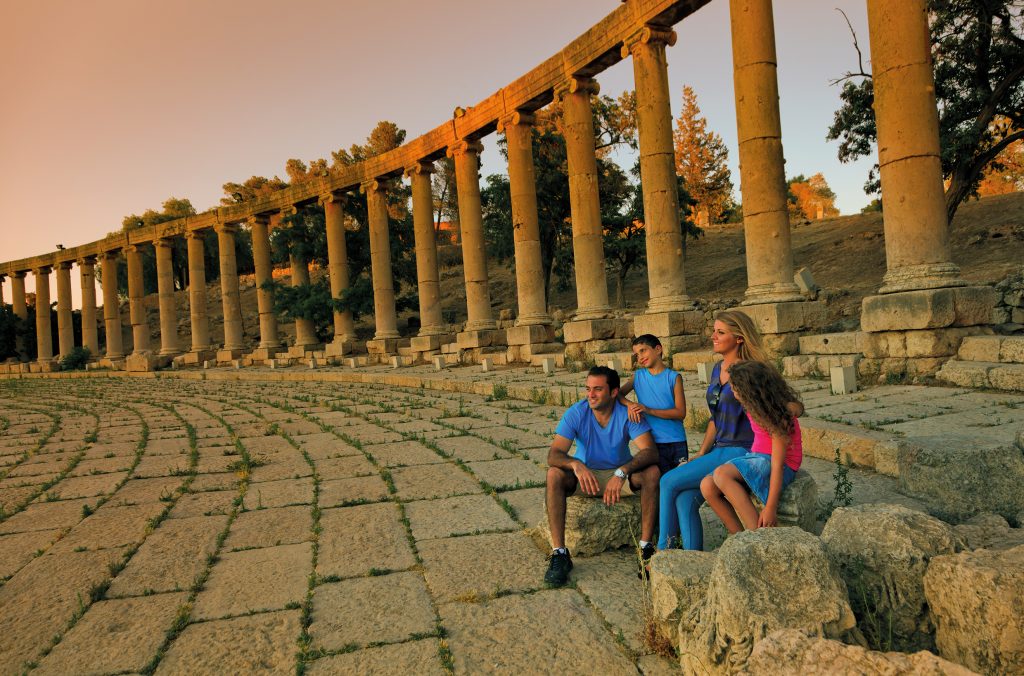 Jerash Governorate, which is situated in the north of Jordan , 48 Kilometers (30 mile ) north of the capital Amman , Jerash is the
site of the ruins of the Greco-Roman city of Gerasa, also referred to as Antioch on the Golden River. Ancient Greek inscriptions from the city as well as literary sources from both Iamblichus and the Etymologicum Magnum support that the city was founded by Alexander the Great or his general Perdiccas, who settled aged Macedonian soldiers there in Ancient Greek). This took place during the spring of 331 BC, when Alexander left Egypt, crossed Syria and then went to Mesopotamia , continue our day to visit Ajloun Castle, is a 12th-century Muslim castle situated in northwestern Jordan. It is placed on a hilltop belonging to the Jabal Ajlun (“Mount Ajlun”) district, also known as Jabal ‘Auf after a Bedouin tribe which had captured the area in the 12th century. From its high ground the castle was guarding three wadis which descend towards the Jordan Valley. It was built by the Ayyubids in the 12th century and enlarged by the Mamluks in the 13th , Transfer to the Airport for Flight Departure .